“Young lady, you haven’t said a word to me before this minute about going out into the country with a boy!” So lately become a teenager, my daughter is growing to look more and more like her father. She has Ted’s strong cheekbones, his same deep brown eyes and dark lashes. Not mine at all, Jody is all Griffin.

“But I’m the club’s new president, and so I have to be at their party and their hayride,” Jody splutters. “I did talk to you,” she protests, “but I just this week got a date to the whole thing. I asked Steve, and he said he’d go. Mom, I have to be there!”

“Who’s chaperoning?” I know if I don’t let Jody go we’ll be fighting all weekend. Then once more upon his return home, her father will take his daughter, his one and only, aside for a little heart-to-heart talk. It’s the two of them who’ll reach an understanding.

“Mother, don’t you remember? I already told you the whole thing is going to be chaperoned!”

“Jody, I asked you WHO was chaperoning.”

Silent at first, but then also like her father, my daughter explains in bitten-off syllables as if for the hundredth, rather than the first time, “Mr. and Mrs. Johnson, Jeannie’s parents, will be chaperoning.”

“The Johnsons then!” Even when he is home, Ted all too often buries his head in the newspaper. “And where will this hayride be, Jody? What roads will you take out from the party?”

I think these fair questions, though of course, my daughter stares at me in what amounts to disgust—all long dark hair, such pale skin, and a scowling mouth. When she was a baby, my daughter had fair and wispy hair. Fair and wispy, more like my own.

“We’re boarding the wagon at the Harris farm, I think.” Jody sighs. “How do I know where the driver will take us after that? Not all that far from there.” My daughter turns her back to me. “We’ll probably just go on the country roads out around there.”

Of course, the problem is not that I don’t know both the Harris and the Johnson families. It’s just that this will be Jody’s first real date. Her first real date, and Ted should be here. Her father would rather be the one to give permission. And yes, he’d be so proud to see his daughter off, though wary. No head in the newspaper when that all-important knock came on the front door. Not when his little girl . . .

“Mom, if I can go, I’ve got to get dressed then!” Jody’s voice is desperate.

“Jody, you just now asked me if you could go out with this boy.” I fight to sound in control. “So this is Steve Robertson then? Steve Robertson is the boy you’ll be going out with?” Our Jody is still a child. I am her mother, I think, and a parent to whom she owes some sort of explanation. Am I only a mother desperate to save face then? “Jody, I don’t remember this Steve as being old enough to drive. Will you need me to take you then and to pick you up?”

Of course, it’s not Jody’s fault that her father doesn’t happen to be home this weekend or that we can’t reach him. He was expected. Not that it’s necessarily Ted’s fault either. There’s always so much work for him, such a busy schedule at the office, and certainly the company doesn’t care about his home life.

“Yes, Steve Robertson. I know you’ve seen him before, Mom.” Jody explains, “We’re just friends though. Steve’s father will bring him by to get me and then Mr. Robertson will also pick us up after the party and hayride, and he’ll bring me home. So this is not like a real date, Mom! Steve and I are just friends.”

Jody will not look at me in the eye though. I do seem to remember a Steve Robertson around the neighborhood before. He was mowing someone’s lawn. Blond, nice-looking. Some vice-president’s son, I think, and Ted would certainly approve of that. I know better than to ask my daughter, though, about the boy’s family.

Jody waits. She is becoming exasperated. Jody blows air up through her bangs.

“Okay, Jody, but I want you to realize that your father is not going to be happy about all this happening while he’s away.” I can just hear Ted now. No, he would not like the idea of his daughter off with boys and out in the country somewhere. I feel, though, that Jody carries her father with her in her heart. His “no” is the same one she’ll be giving the boys for quite some time to come.

My daughter closes her bedroom door. My daughter with whom I sometimes feel I am actually at war.

At 7 p.m. then, our Jody will be leaving on her first date. Is 11 p.m. a reasonable curfew these days? Of course, the kids will all be going out on that hayride from the party too, so to be fair, I should take this into account. Is 11:30 better? Even midnight? I can ask Steve Robertson’s father perhaps.

I worry that if Mr. Robertson comes into the house with his son when they pick up Jody, we’ll all have to stand around and talk. Make polite jokes. Jody will endure my remarks in silence. She’ll give her new boyfriend one of those knowing looks when they manage to escape out the front door together. Of course, probably this Steve boy will do the same thing behind his father’s back. The same as I used to. So maybe Jody’s attitude toward me is just the way all teens feel about their parents. That same teenage sense of exasperation and embarrassment.

My daughter’s bedroom door remains firmly closed. I have to enter her room on the pretense of putting away her fresh laundry. “So tell me more about this Steve.”

The rose sweater Jody has pulled on contrasts with her dark hair, though it’s maybe a little large. Jody searches her face in the mirror and then finally leans forward to brush the tangles from the underside of her hair.

By 6:45, I sit awkwardly on the bed worrying that Jody can be pretty enough when she tries, but I can never get her to comb that hair down to soften those cheekbones and then to fluff it out again, to strengthen that chin. Her chin, the one feature my daughter had that is not distinctly her father’s.

By 6:50, I hand Jody her mascara. “Maybe use a bit more tonight.” I suggest it even though I know Ted would have a fit.

My daughter glares at her chin in the mirror and even pulls at it with her hand, but then turns away from her reflection. My Jody hates her chin.

It’s 7 p.m. Finally time. To be honest, I’ll be glad when the doorbell rings. Glad when she and this Steve are on their way. My daughter’s absence for a while will be a relief. Of course, I’ll wait up for her. I can hear Jody now, “What are you doing still up?”

It’s 7:10, and so this Steve is late. Like Ted, who forgets to call until the very last minute. He’ll wait until Friday night, one like this one, to tell me he won’t be able to make it home for dinner or maybe not even home for the weekend. Of course, the reason is always some kind of convention or work emergency, but then I have all our plans to cancel, all that time to re-plan.

It’s 7:20. Do men know what it is like to listen for the sound of tires on the pavement, the sound of a car turning into the drive? A sound that may never come, or even worse, a sound that approaches only to die away. A woman learns not to get her hopes up.

It’s 7:30, and I’m afraid to look at my own daughter. Thank God, her father isn’t here. He’d already be on the phone himself to talk with this boy’s father.

“Honey,” I try, but Jody walks past me to the landline.

I know my daughter has begun to suspect that her father is not home more because of me. She blames me, his wife. Ted, who doesn’t consider me worth talking to either. “Steven said he forgot all about it.” Jody hangs up and explains all too casually. She squints at the numbers on the phone as if she suddenly can’t read them. “He said he forgot about our date and so there’s other stuff he has to do now.” Jody’s fingers curve over the receiver. They stroke the phone gently. They probe its dark corners and crevices.

When my daughter was tiny and about to begin school, she broke down and cried in my arms. Jody didn’t want to leave home. My little girl clung to her mother. Had she been asking so much of this Steve, I wonder. All right, I know Jody isn’t the best-looking girl in her class, but to embarrass her in front of her friends. Who does this boy think he is?

“Well,” Jody draws herself up. She takes a breath and dials again. My daughter still can’t look at me though.

“Jody, you can just tell them I said you couldn’t go!” Her father has certainly used his excuse about me often enough whenever there’s been some social even he wants to avoid. He says I’m not up to coming or whatever. “Jody, tell them your mother said you couldn’t come!”

“No, Steve can’t make it after all.” Jody is already talking with her girlfriend. “Yes, I know Tracey Lynch,” Jody answers the friend on the other end. “Yes, I think Tracey is in his English class. Yes, I think she’s very nice.” My daughter speaks of this other woman, but her face is carefully calm. She plays with the phone cord.

It hurts me to think that Jody lied when she’d told me she and this Steve were just friends. It hurts me to think that my daughter, for some reason, thought she had better have an explanation ready in case this Steve didn’t ask her out in return. To a game or a movie. A school dance. My daughter become a teenager, and I bet she’d thought she was in love. At least, she’d wanted this guy to get to like her more.

“Please tell everyone to wait,” Jody instructs her friend. “I’ll be there. My mother will bring me by right now.” Jody hangs up the phone a bit too quickly.

“So who cares about him?” is all I can splutter. “There’s lots of fish in the sea, Jody. Lots where he came from.”

My daughter’s face slowly rises. I feel that if I touch her she might cry, but no, Jody’s tears remain frozen. A glass. I never intended my daughter to grow up believing that things could go so wrong between a man and a woman. My husband and I, we have to talk.

“C’mon, Mom.” Jody taps my shoulder and opens the door for me. She sticks out her chin. “I’m the president.” My daughter’s eyes pointedly search out my own. “I have to show up,” Jody’ chin trembles only a little.

“Of course, you do!” I search frantically for my keys so that I can drop my baby off. 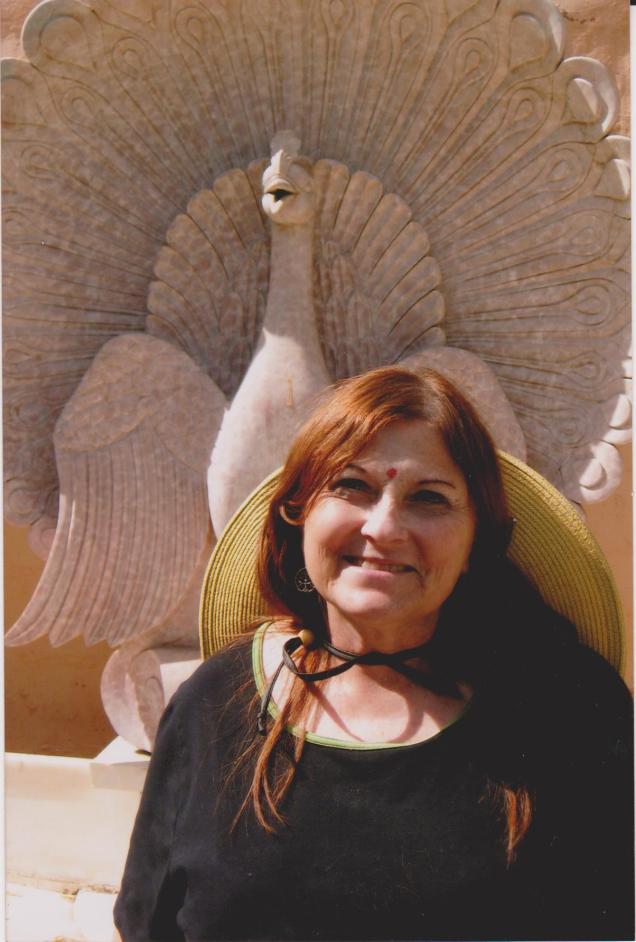